What is Virtual SMP (Symmetric Multi-Processing)?

Virtual SMP (Symmetric Multi-Processing) enables a single virtual machine in VMware Workstation Player to use two or more processors simultaneously. This feature increases the processing capacity of a virtual machine and is usually used when you run resource intensive applications (e.g. databases or CRM applications) in a VM.

Here is how you can configure the four-way virtual symmetric multiprocessing (SMP) for an existing virtual machine:

1. Select the VM from the library and go to Player > Manage > Virtual Machine Settings.

2. On the Hardware tab, select Processors. On the right side, change the Number of processor cores setting to 4 and click OK: 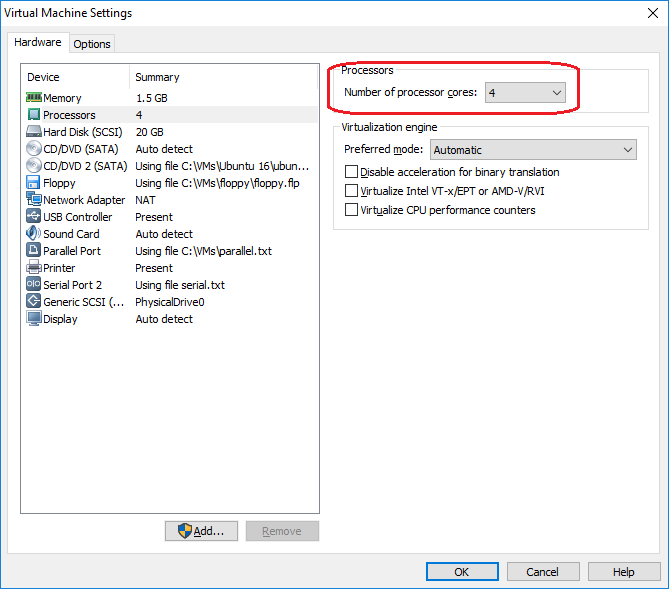