Physical access control system (PACS) is a type of physical security system typically used by businesses, military sites, or even private apartments to control access to a certain area or building. It is designed to grant access to employees or guests who work at a site by electronically authenticating their credentials.

Some of the benefits of using an access control systems include:

This article is about the physical access control systems. They are different than LACS (Logical Access Control Systems) used to control access to a computer system resources (e.g. a Windows login).

An access control system consists of the following components:

Controllers are usually connected to a PC running access control software (the brain of the system). They usually have built in memory that enables them to run even if the communication with the software is interrupted. 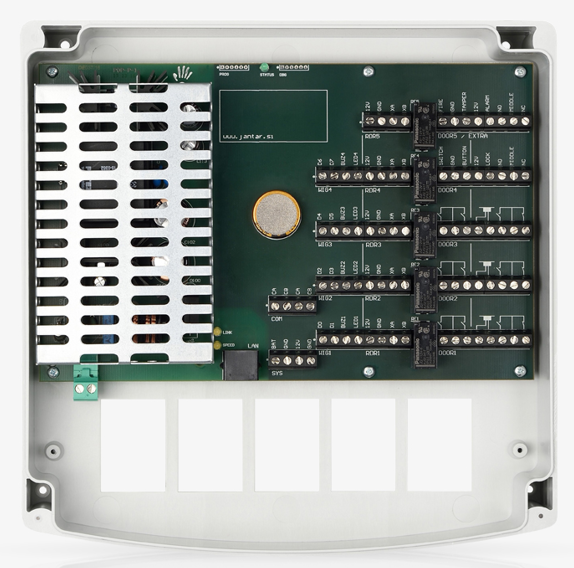 Readers
Readers are stationed at the door they are controlling and are used to authenticate the user. The user can authenticate via an RFID card, PIN, or even a fingerprint. The reader sends this data to the controller which verifies whether the credential is valid. 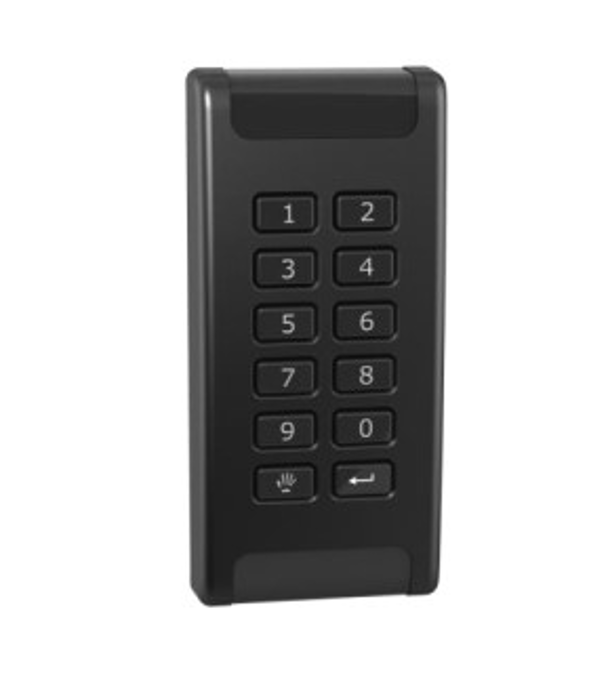 Locks
Locks represents the physical security barrier. Electromagnetic locks and electric strikes are most often found in an access control system. Locks are mounted on the door or door casing and connected to the controller. 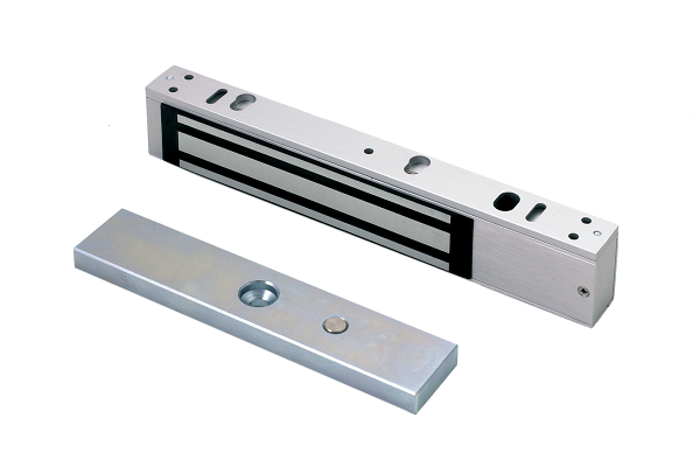 Software
Most access control system manufacturers have developed a specialized software that is used to manage the system – credentials management, door management, reporting… The software represents the brain of the system and usually supports multiple users with different permissions. However, the software is sometimes not used in smaller installations to reduce costs. 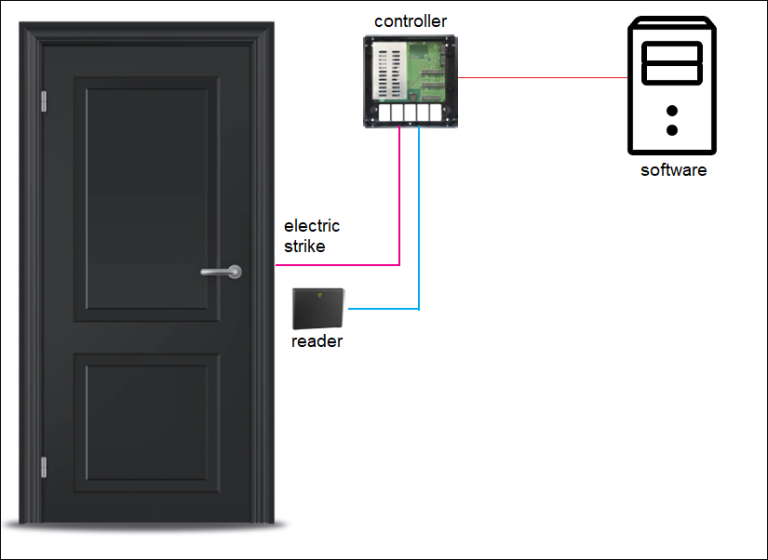