In NAT (Network Address Translation) networking, a virtual machine does not have its own IP address on the external network. Instead, a separate private network is set up on the host system and the virtual machine gets its IP address on this private network from the virtual DHCP server. A VM configured for NAT networking uses a different IP address from a different IP subnet to the one in use on the physical network.

In the figure below you can see an example NAT configuration:

1. Select the virtual machine from the library and go to Player > Manage > Virtual Machine Settings.

2. On the Hardware tab, select the network adapter you would like to modify. Under Network connection, select NAT: Used to share the host’s IP address: 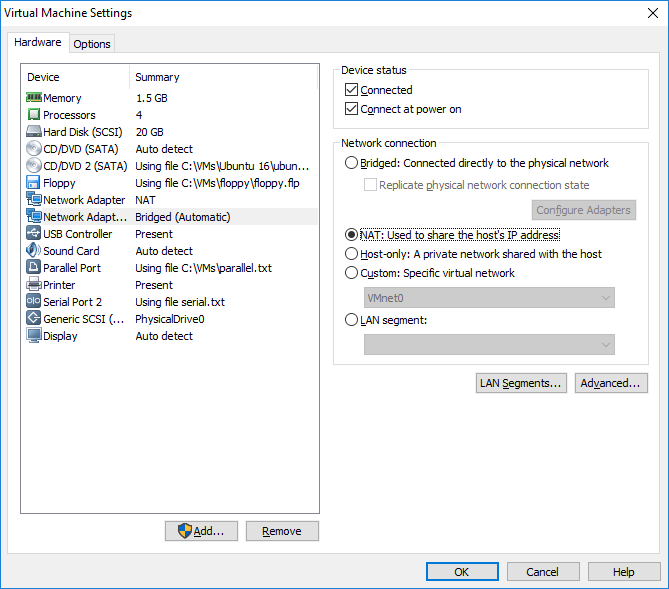 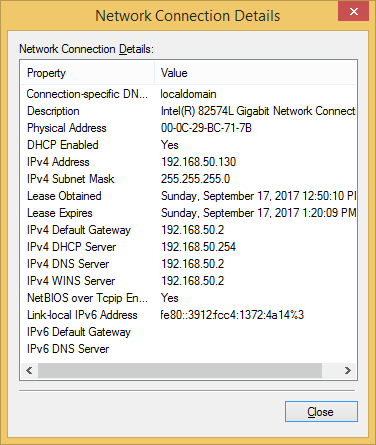