In the figure below you can see an example bridged networking configuration:

1. Select the virtual machine from the library and go to Player > Manage > Virtual Machine Settings.

2. On the Hardware tab, select the network adapter you would like to modify. Under Network connection, select Bridged: Connected directly to the physical network: 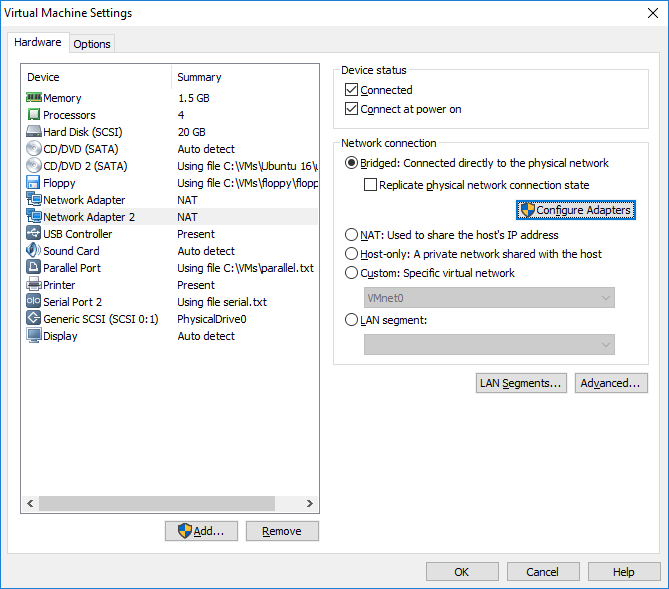 I’ve modified the network adapter I’ve created in the previous lesson. The DHCP server in my local network is a router with the IP address of 192.168.5.1, which also serves as the default gateway. Since bridged networking means that a VM is an unique identity on the network, my VM will get its IP address and other network parameters from the DHCP server on my router: 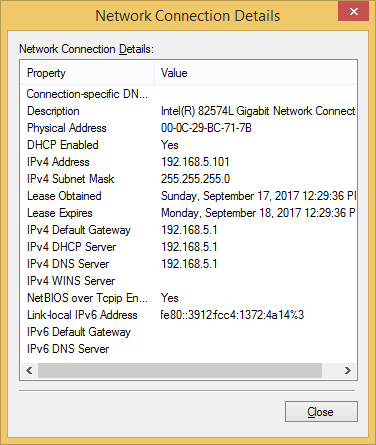 This is the DHCP table on my router, with tuna-pc being the host OS and Windows8-1VM being the guest operating system running in the VM:

Other hosts on the network will see the VM as a unique entity on the network. The logical view of my bridged network looks like this: 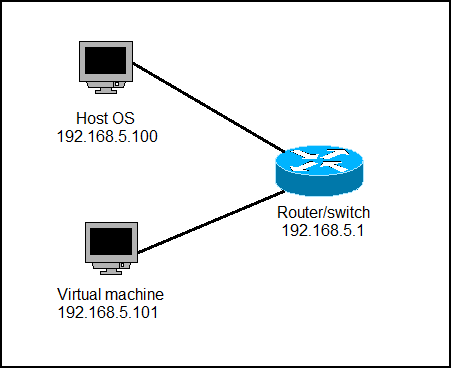