The Drag-and-Drop feature in VMware Workstation Player enables you to easily move files between the host system and virtual machines. You can move files, directories, email attachments, plain or formatted text, and images using a simple drag-and-drop operation.

The Drag-and-drop feature has the following requirements:

When you drag a file between the host and a virtual machine, VMware Workstation Player copies the file to the location where you drop it. In the example below I’ve dragged a text file called important.txt to from Windows 10 (the host system) to a virtual machine running Windows 8.1 (the guest OS): 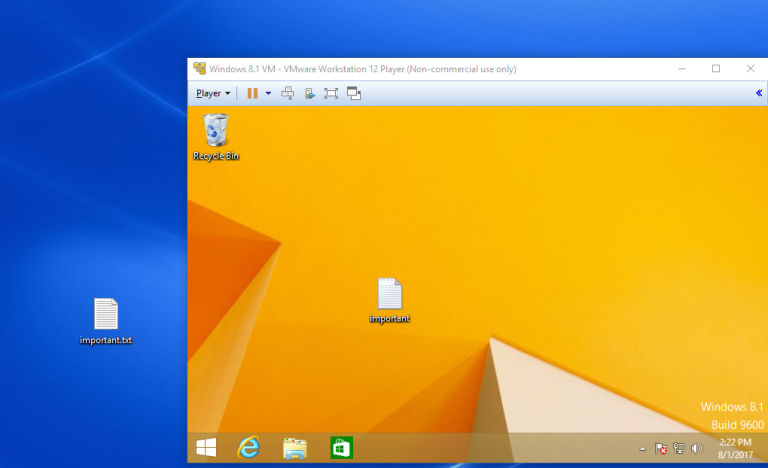