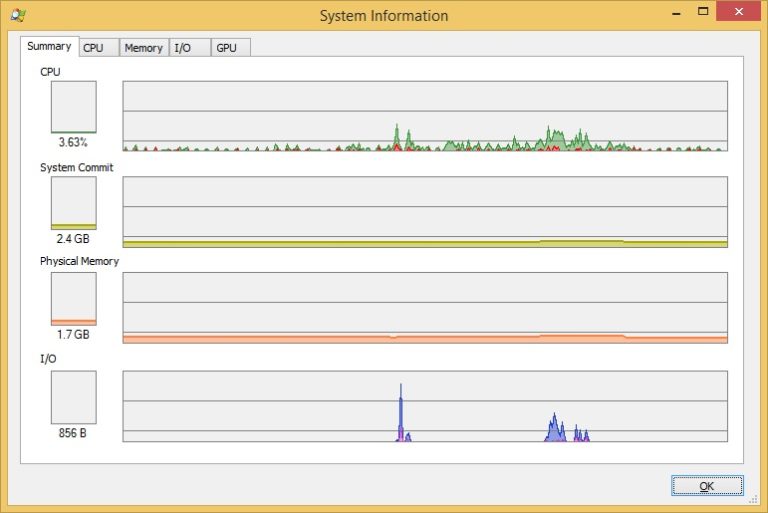 As you can ssee in the picture above, the Summary tab features four pairs of graphs representing system-wide metrics that are shown in more detail under the CPU, Memory, and I/O tabs. The left of each pair shows the current level in graphical and numeric form. The graph to its right shows recent history. Moving the mouse over the history graphs displays a tooltip containing the time of day represented at that point in the graph. For the CPU Usage and I/O graphs, the tooltip also indicates which process was consuming the most of that resource at that point in time:

In the CPU tab of the System Information window, the red area displays the percentage of time spent executing in kernel mode; the area under the green line represents total CPU utilization as a percentage: 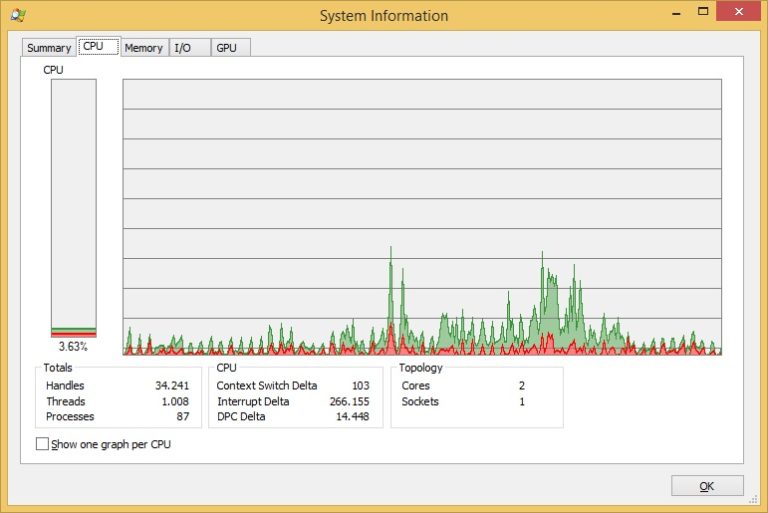 If your computer has multiple logical CPUs, selecting the Show one graph per CPU check box splits the CPU Usage History graph on that tab into separate per-CPU graphs.

The Memory tab of the System Information window displays the System Commit and Physical Memory graphs. In the Commit graphs, the area under the yellow line indicates the commit charge – the total amount of private bytes committed across all processes, plus the paged pool. The Physical Memory graphs displays the amount of physical RAM in use by the system. The lower part of the tab shows a number of memory-related metrics: 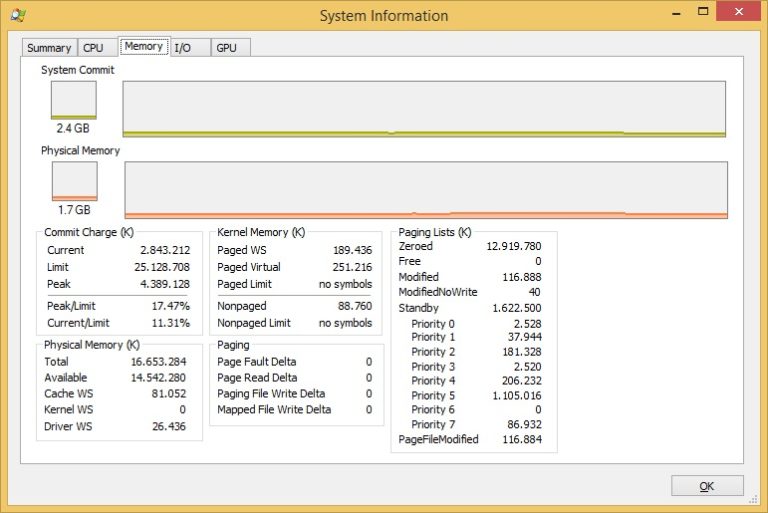 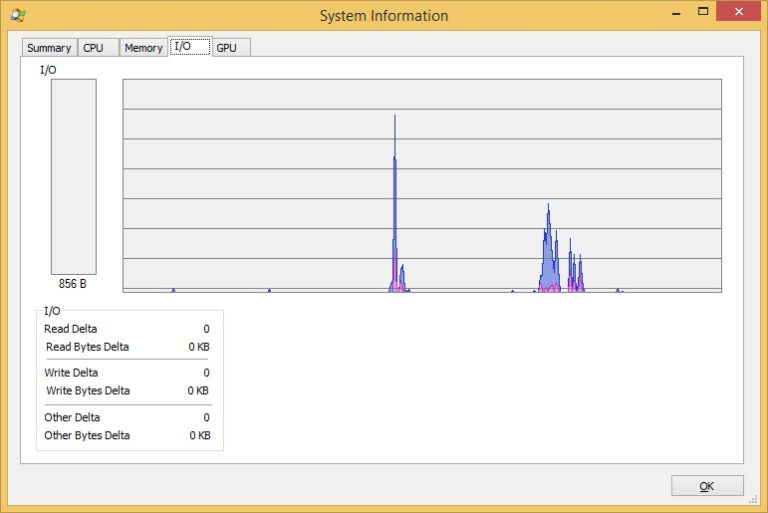 On Windows Vista or higher systems, there is also a GPU tab, which features GPU graphs that show GPU utilization: 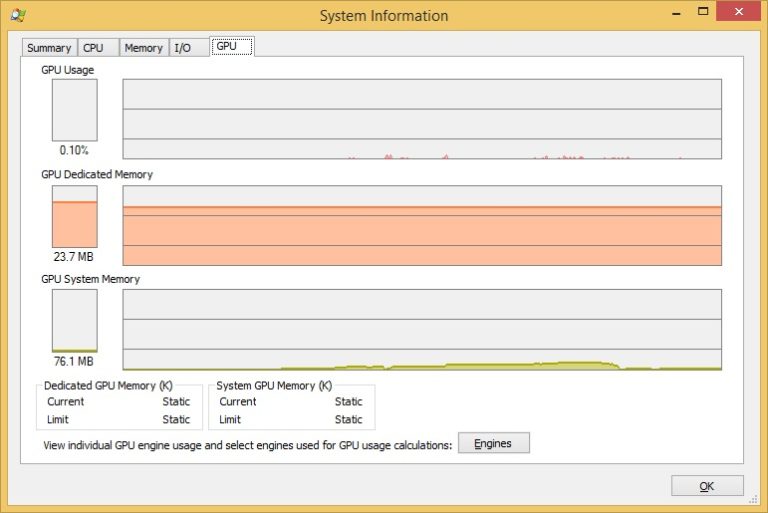 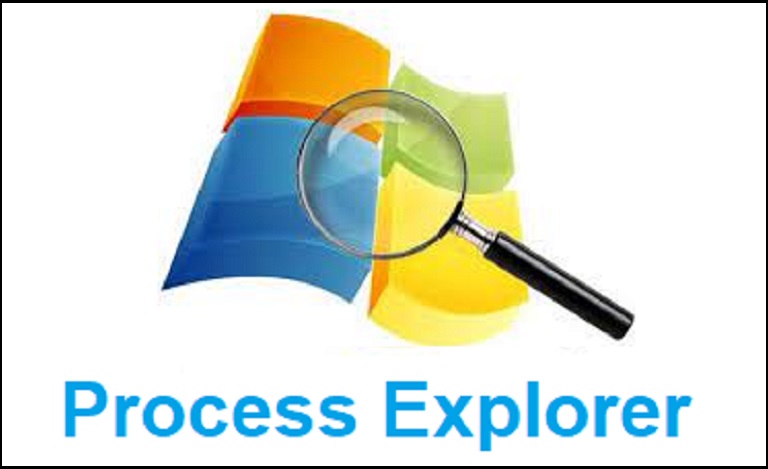