To configure your Ubuntu distribution to be a DHCP client, you need to modify the /etc/network/interfaces file. You will need to add the following line to the file:

For example, to configure the eth0 interface as a DHCP client, we would add the following configuration: 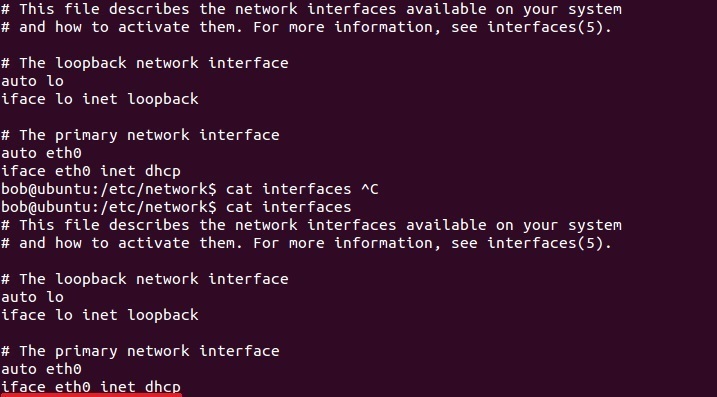 The system should now request network parameters from the DHCP server when booting.

We have used the -r option to release the current interface configuration.