You can use the ifconfig command to configure the IP address in Ubuntu. However, the IP address configured this way is not permanent and will be lost after a reboot. If you want to set up a static IP address that will remain after the reboot, you will need to edit the /etc/network/interfaces file. Consider this example configuration: 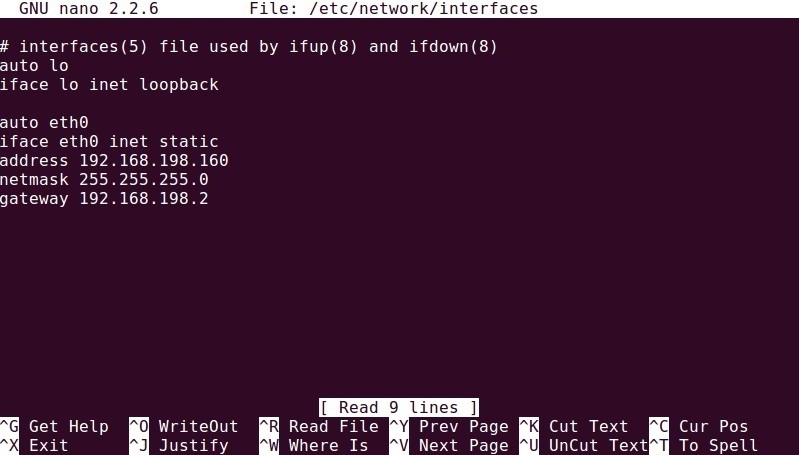 Here is a description of each line:

Save the changes and close the file. Run the sudo ifdown eth0 and sudo ifup eth0 commands to apply the changes. You can display your new settings using the ifconfig command: