The top command is, just like ps, used to display running processes, but with one very useful feature: it updates its display every few seconds. By default, top sorts its entries by the CPU usage, but you can sort the entries by other columns as well. top is very useful to figure out which users and processes are consuming the most system resources at any given time.

Here is an example of the top window: 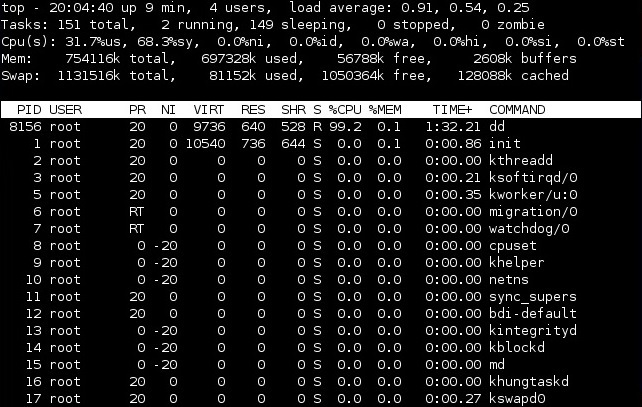 As you can see from the picture above, the top command displays a variety of information about processes running on your system. Here is a brief description of the most important ones:

You can also use top to kill processes. For example, in the picture above you can see that the dd task is using 99.2% of the CPU time. That could indicate a problem. If we want to kill that process, we would simply type k and provide the PID of the process we are trying to stop – in this case 8156.