NTP (Network Time Protocol) is a network protocol used to synchronize computer clocks in a network of computers. Accurate time across a network is important for many reasons and even small fractions of a second can create problems. For example, time stamps on files may become confused if a file server and its clients have different times. Security mechanisms (such as Kerberos) depend on coordinated times across the network.

NTP uses a hierarchical system of time sources. At the top of the structure are highly accurate time sources – typically atomic or GPS clocks, referred to as stratum 0 time servers. Stratum 1 servers are directly linked to atomic or GPS clocks. These stratum 1 computers run NTP servers that deliver the time to stratum 2 servers, and so on (Photo credit: Wikipedia): 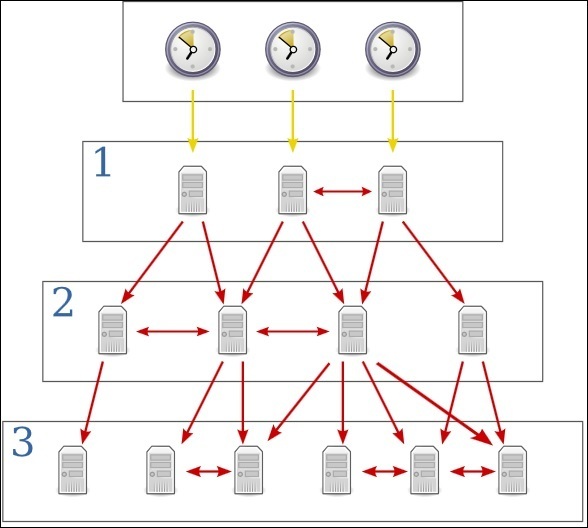 The term NTP also applies to the client/server programs that run on computers.