In Linux, you can make one command’s output the standard input of another command. This process is called piping and it is done using the pipe symbol (|). Piping lets you have one command work on some data and then have the next command deal with the results.

Here is an example. We can use the ps -A command to list all process on the system: 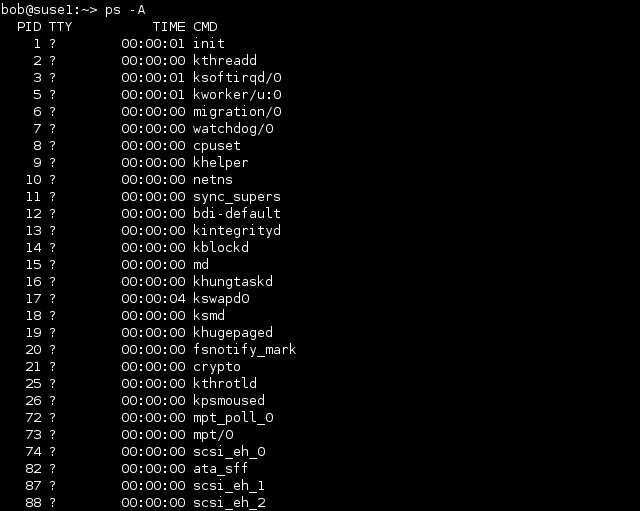 We can then pipe the output of the ps command to the sort command. This results in the following sorted output:

Note that we have used the -k 4 option to sort by the executable name (the fourth field).

We can pipe together as many programs as we like. For example, we can pipe the output of the ps -A | sort -k 4 command to the tail command to display only the last ten lines of the output: