The Linux shell provides powerful tools to manipulating files. As with directories, you can move, rename or delete a file. If a file is a text file you can also use tools to edit it. In this lesson, we will describe a couple of command that can help you work with files in a Linux environment.

Here is an example:

As you can see in the picture above, a file called new_file is created.

To delete a file you can use the rm command. The syntax: rm FILE_NAME

In the picture above you can see that new_file has been deleted with the rm command.

There are many tools in Linux to display the content of a file. One of the most commonly used ones is the less program. This program displays a file’s content one screen at a time. You can navigate the file by using the arrow keys or the mouse wheel.

The usage is simple: simply type the less command, followed with the name of the file you would like to display. 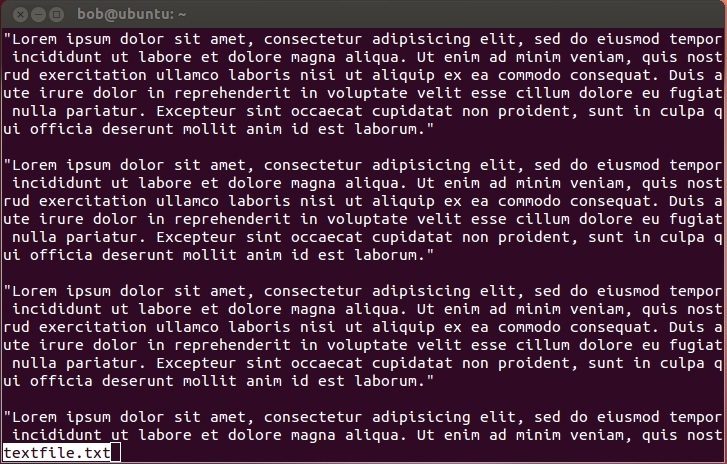 In the picture above we can see the content of the file named textfile.txt.