Here is an example of the dmesg command: 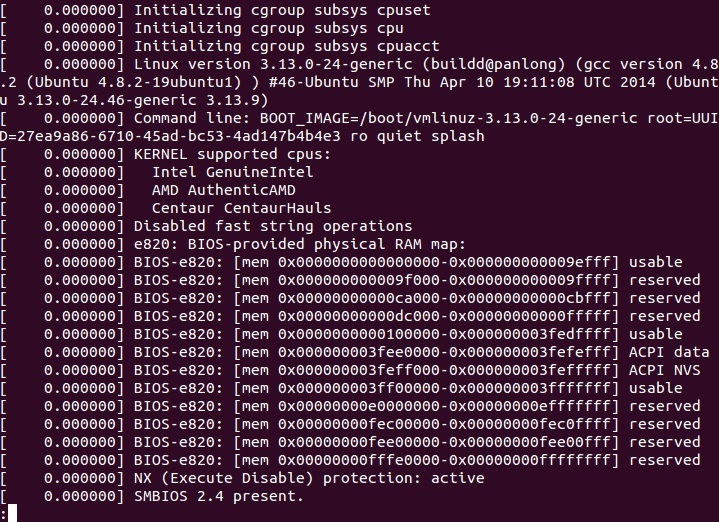 This command usually generates a lot of output, so you might want to redirect the output to a file or pipe it through the less program.

Some distributions, like Ubuntu, store the kernel ring buffer to the /var/log/dmesg file soon after the system boots, so you can read this file to inspect the boot process.