The syntax of the mkfs command is:

For example, to format the third partition of the first SATA disk on the system with the ext3 file system, we can use the following command:

Here is the output of the command above: 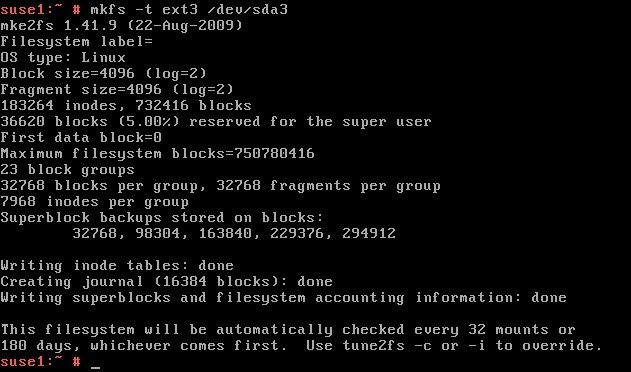 One of the most commonly used options with the mkfs command is the -c option, which checks the specified device for corrupted blocks before creating the file system.

We now need to mount the file system.