Asterisk the most popular private branch exchange (PBX) in the world. A PBX is a private telephone network that provides intercommunication between a large number of telephone stations in a private organization. Asterisk is a software implementation of a PBX; it allows attached telephones to make calls to one another, and to connect to the public switched telephone network (PSTN) using VoIP protocols such as SIP or H.323.

Asterisk can replace a traditional PBX completely. It offers a huge feature set, including:

Asterisk was created created in 1999 by Mark Spencer of Digium and released under the GPL open source license. It is now maintained by the combined efforts of Digium and the Asterisk community. Of course, Asterisk is completely free to install and use, and it is used by almost the entire Fortune 1000 list of customers.

Because of its simplicity, Asterisk is a great choice for a beginner in VoIP. It can run on many operating systems, including NetBSD, OpenBSD, FreeBSD, Mac OS X, and Solaris, but it is usually installed on a Linux distribution such as CentOS or Ubuntu. There is even a dedicated Linux distribution called AstLinux, which was designed specifically to run Asterisk. 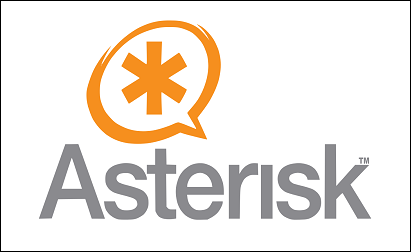