What is a guest operating system?

Just like with the operating system installation on a physical computer, you need to have an installer disc or an ISO image file of the operating system you would like to install. An ISO file (also called an ISO image) is a single file that replicates the contents of an optical disc. ISO files are used to distribute large programs over the Internet, including operating systems such as Microsoft Windows or Linux. For example, here you can download an ISO version of Damn Small Linux and use it to install this Linux distribution in VMware Player: 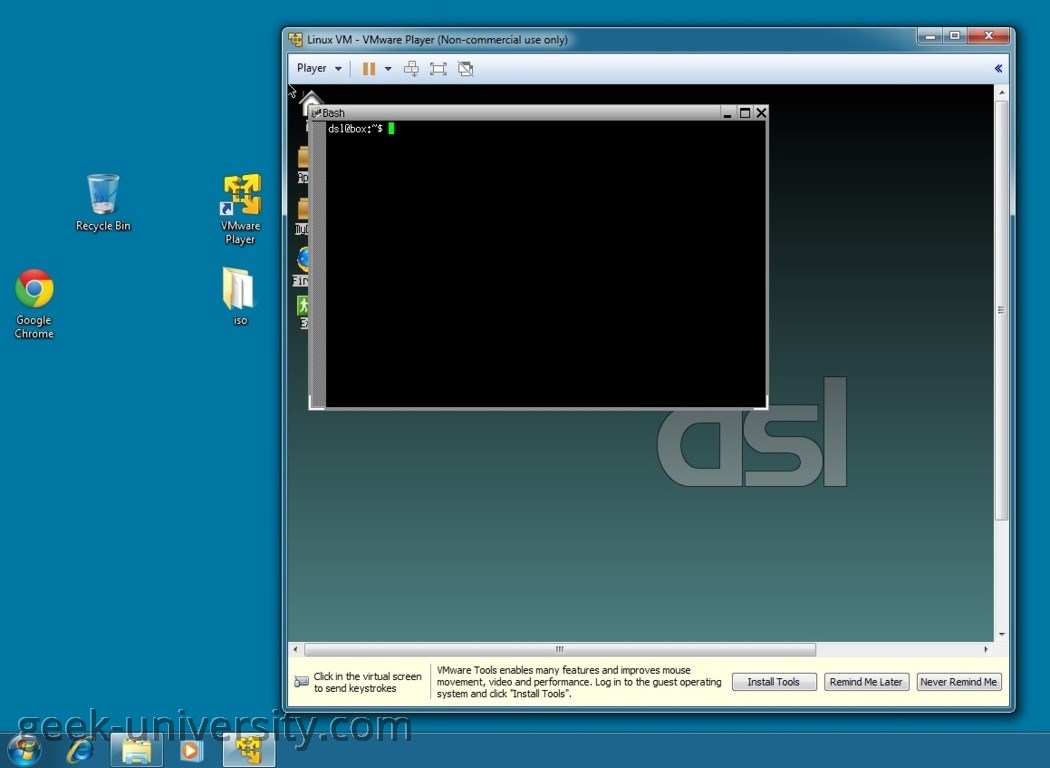