In the figure below you can see an example bridged networking configuration (source: VMware): 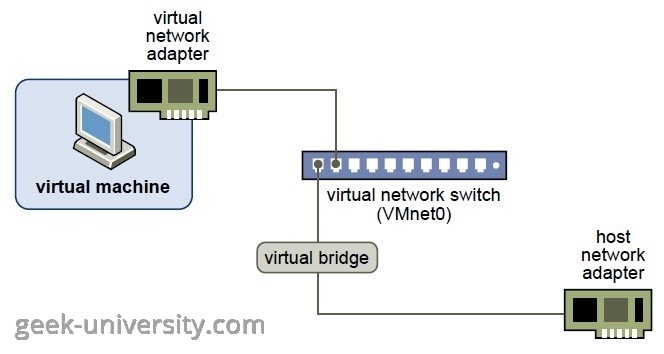 Here is how you can configure bridged networking for an existing virtual machine in VMware Player:

1. Select the virtual machine from the library and go to Player > Manage > Virtual Machine Settings: 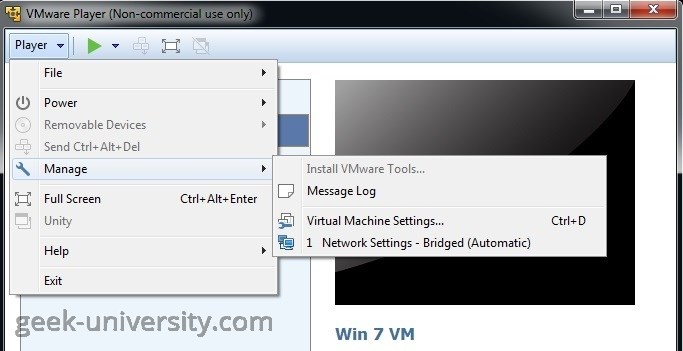 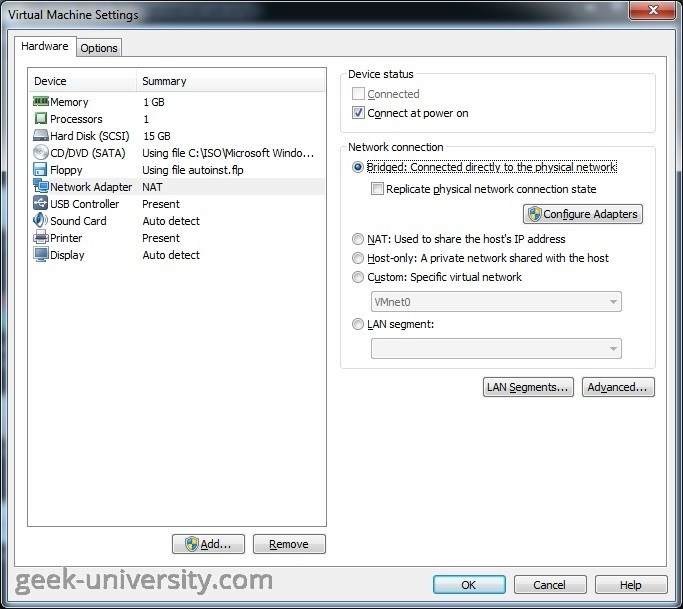