VMware Virtual SAN (VSAN) was first introduced in vSphere 5.5. It is a hybrid storage system that aggregates local SSDs and hard disk drives to provide a clustered datastore to be used by virtual machines in an vSphere environment. SSDs are used as a read cache and write buffer, while HDDs are used as persistent storage.

VSAN is built directly into ESXi and does not require any additional software installations. It is managed through vCenter Server and supports cluster features that vSphere offers, such as vMotion, DRS, and HA.

ESXi hosts in a VSAN cluster communicate together through a dedicated Virtual SAN network. Hard disks and solid-state drives on each host are combined to form up to five local disk groups. Disk groups of all ESXi hosts in the VSAN cluster are then combined to create a VSAN datastore that contains all the VM files. The following figure illustrates the concept (source: VMware): 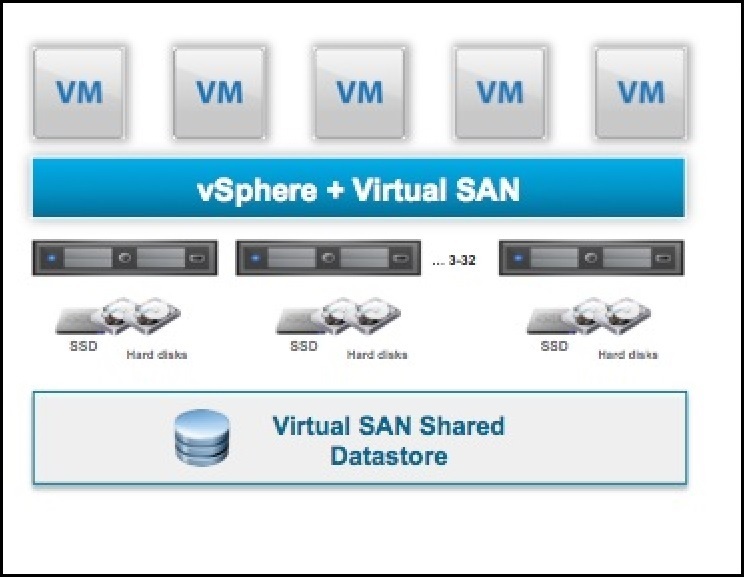 Up to five hard disk drives and one SSD drive can be used per disk group. VSAN requires at least one SSD in each host for caching purposes.