The VM to host DRS rules can either be preferential or required. A required rule is stricty enforced and can never be violated, unlike a preferential rule. Required rules are often used to enforce host-based licensing. For example, if the software that is running in your virtual machines has licensing restrictions, you can use a required rule to run those VMs only on hosts that have the required licenses. 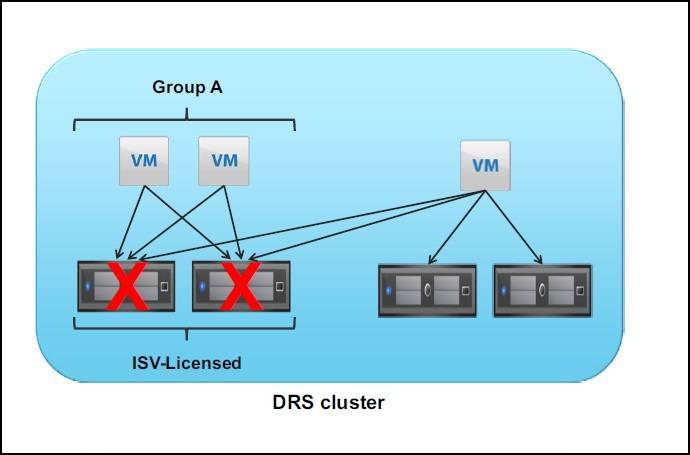