The VM to host DRS rules can either be preferential or required. A preferential rule is softly enforced and can be violated if necessary, for example to ensure the proper functioning of DRS, HA, or DPM. Consider the following example (image source: VMware): 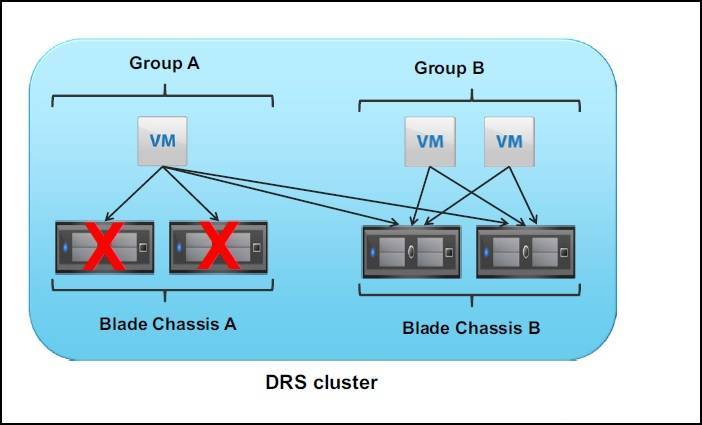