Rasbian is the operating system of choice for beginners. It is based on a popular Linux distribution called Debian and was specially designed for the Raspberry Pi. It features a nice GUI, similar to the one found in Windows: 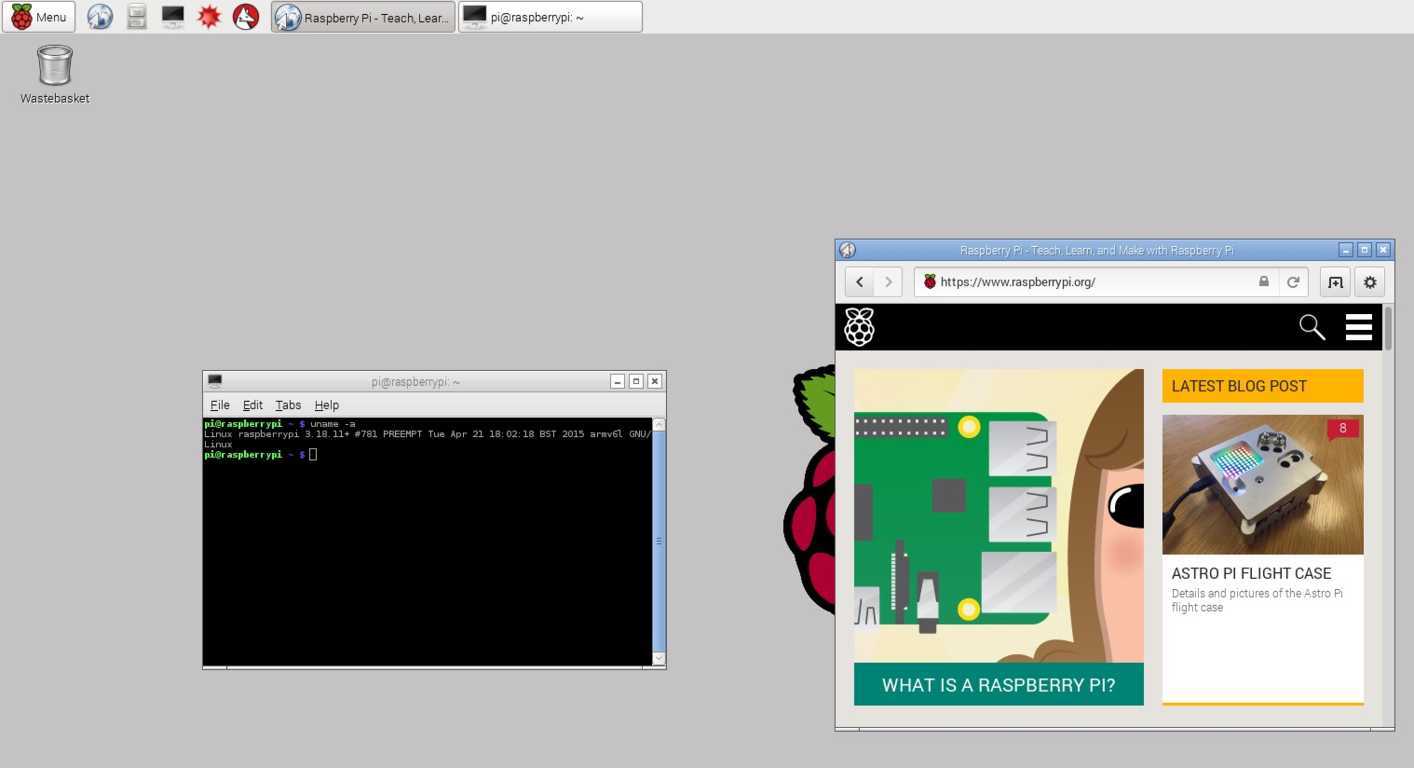 If you are familiar with Linux-based operating systems and the shell, you can install Arch Linux ARM, a port of Arch Linux for ARM processors.