What is VMware ESXi?

The core of the vSphere product suite is the hypervisor called ESXi. A hypervisor is a piece of software that creates and runs virtual machines. Hypervisors are divided into two groups:

ESXi is supported on Intel processors (Xeon and above) and AMD Opteron processors. ESXi includes a 64-bit VMkernel and hosts with 32-bit-only processors are not supported. However, both 32-bit and 64-bit guest operating systems are supported. ESXi supports up to 4,096 virtual processors per host, 320 logical CPUs per host, 512 virtual machines per host and up 4 TB of RAM per host.

ESXi can be installed on a hard disk, USB device, or SD card. It has an ultralight footprint of approximately 144 MB for increased security and reliability.

Prior to vSphere 5, the hypervisor was available in two forms: VMware ESX and VMware ESXi. Starting with vSphere 5, ESXi is the only hypervisor architecture option to deploy vSphere.

Here is an example of an ESXi host accessed through the Direct Console User Interface: 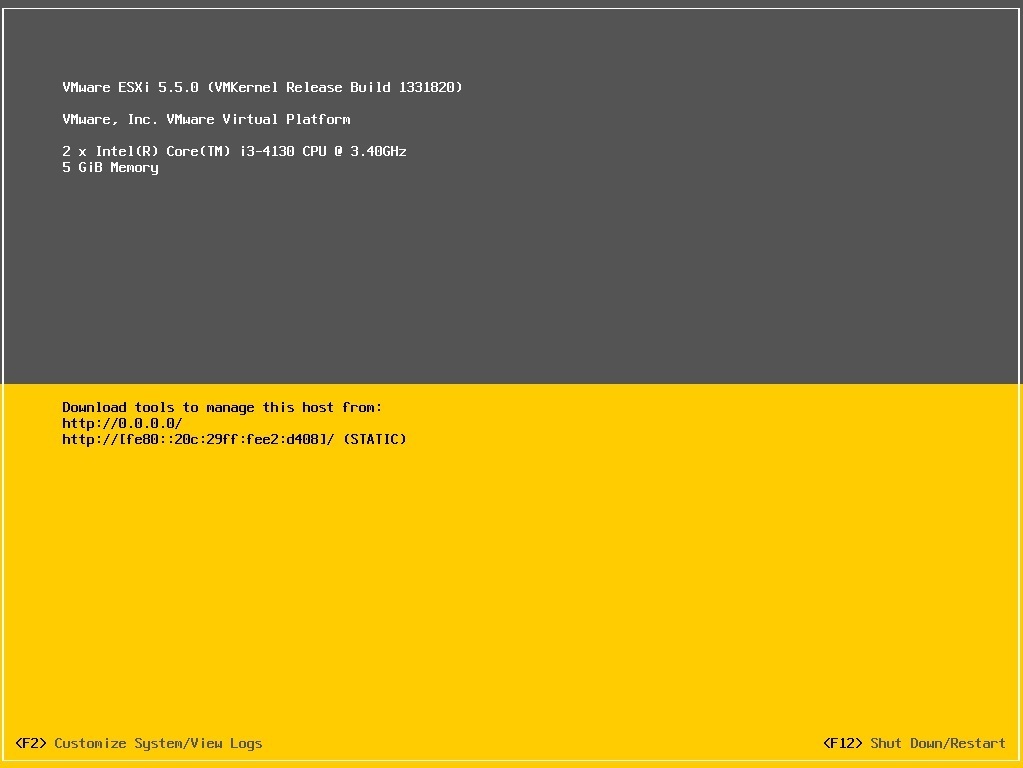