Snapshots are useful for short-term protection from changes made to a virtual machine. For example, you can take a snapshot before installing a software update. If the update fails, you can revert to the snapshot and return the VM to its previous state. Of course, any data that was written and any application that was installed since the snapshot was taken will no longer be available.

Snapshots are organized in a tree-like structure. Each snapshot has one parent and one or more children: 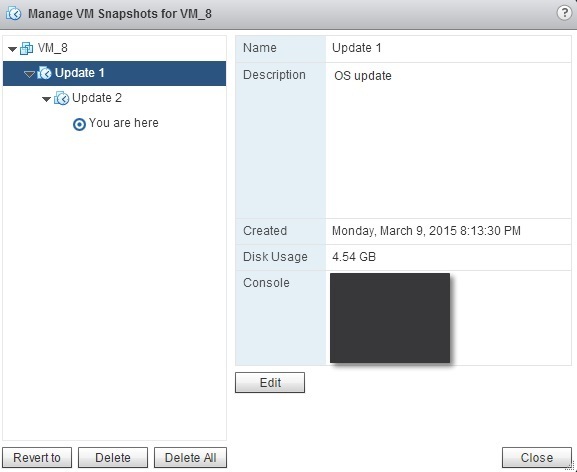 Snapshots are not a replacement for backups, but rather a short-term solution for testing software with potentially harmful effects.