After you’ve created a vApp, you can edit its various settings, such as:

For example, to change the start order of the VM’s inside a vApp, right-click the vApp from the inventory and select the Edit Settings option: 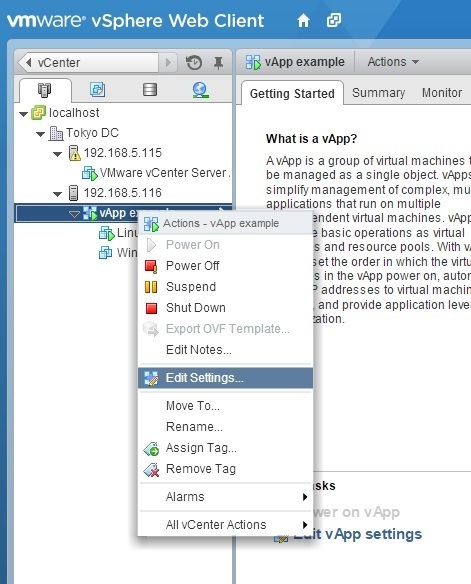 Expand the Start order tab. The virtual machines are assigned to groups. All virtual machines in the same group are started before the VM’s in the next group. Note that the shutdown is done in reverse order: 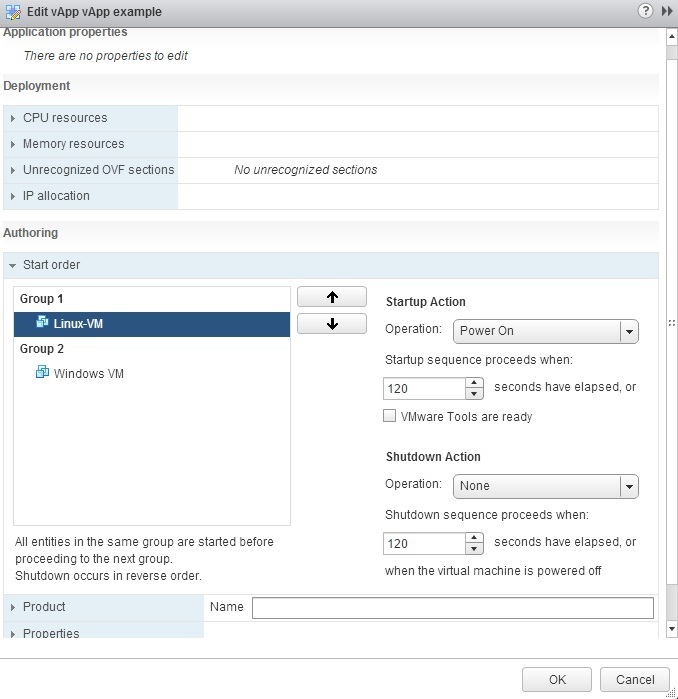 In the example above you can see that the VM named Linux-VM will start first. After 120 seconds, the second VM, Windows VM, will start.