1. Go to the host’s Manage > Networking tab. Select the virtual switch you would like to modify and select the Edit icon: 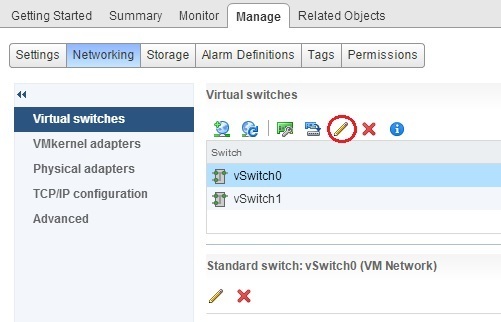 Select the Traffic Shaping menu and choose the settings: