Like the ps command, the top command is used to list processes currently running on your system. But top has one advantage over ps – it updates its display every couple of seconds, so you can see how the resource usage changes in almost real-time.

Consider the following top output (to invoke the command, simply type top in the terminal): 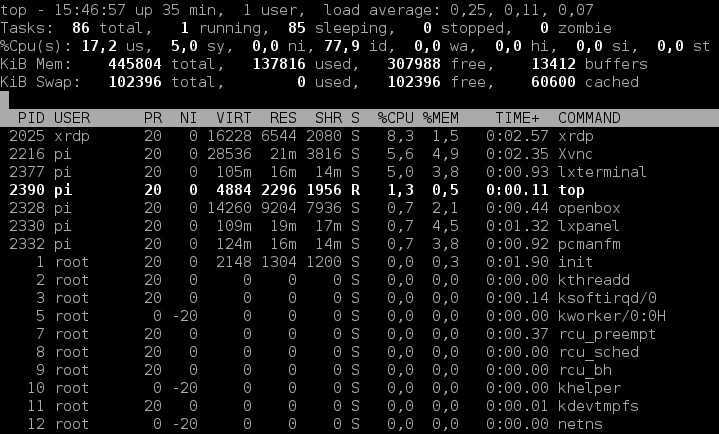 As you can see from the picture above, the top command displays a variety of useful information about processes. Here is a brief description of the most important ones:

By default, top sorts its entries by CPU usage, but you can sort the entries by other columns as well:

You can also kill processes while in the top window. For example, if you notice that a running process is using too much CPU time, you can kill it by pressing k and specifying the PID.

To exit the program, press q.