In order to to perform a vSphere vMotion operation, CPUs in both hosts must be compatible. CPUs must be from the same vendor (AMD or Intel, for example), must be in the same family (P4 or Opteron, for example), and must support the same features. However, there are some hardware extensions from Intel and AMD (such as CPU masking) that can help you mitigate the CPU differences.

When a VM is migrated between ESXi hosts, the VM has already detected the type of processor it is running on when it booted. Because the VM is not rebooted during the vMotion process, the guest assumes the CPU instruction set on the target host is the same as on the source host. Because of that, the CPUs in the two hosts that perform vMotion must meet the following requirements (image source: VMware): 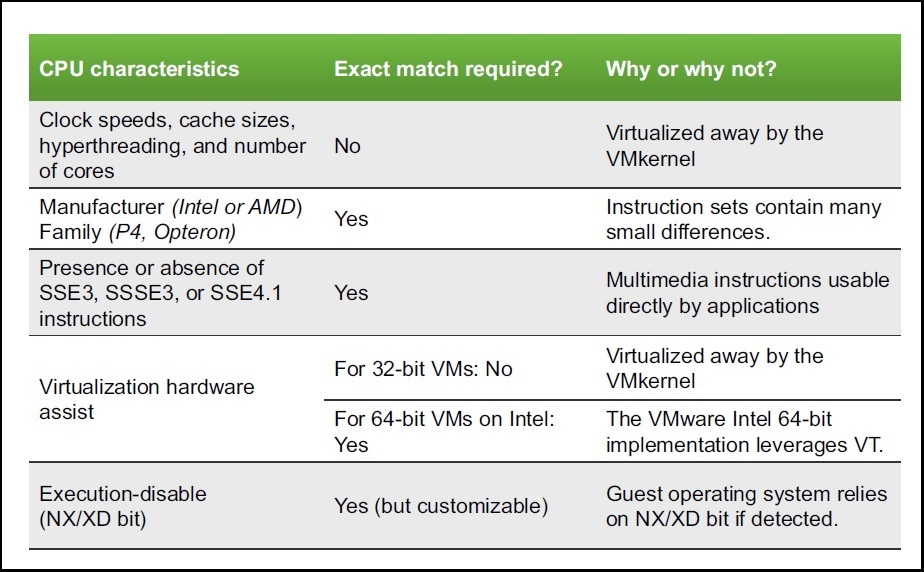