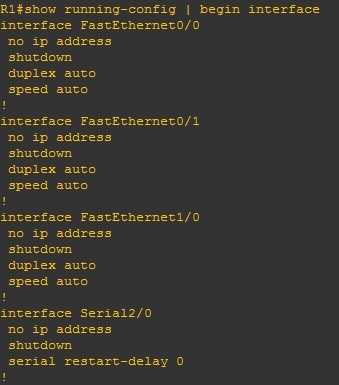 In the picture above you can see that we’ve entered the show running-config | begin interface command. This command starts the output from the first occurence of the word interface.

Another example, this time with include:

As you can see from the example above, the include function displays only lines that include the word password.

To display only the section of the output about a certain feature, use the section function:

You can see in the example above that the command displayed only the vty section of the running configuration.