OSPF uses areas to simplify administration and optimize traffic and resource utilization. An area is simply a logical grouping of contiguous networks and routers. All routers in the same area have the same topology table and don’t know about routers in the other areas. The main benefits of using areas in an OSPF network are:

Each area in an OSPF network must be connected to the backbone area (also known as area 0). All routers inside an area must have the same area ID in order to become OSPF neighbors. A router that has interfaces in more than one area (area 0 and area 1, for example) is known as an Area Border Router (ABR). A router that connects an OSPF network to other routing domains (to an EIGRP network, for example) is called an Autonomous System Border Routers (ASBR).

Consider the following example to better understand the concept of areas: 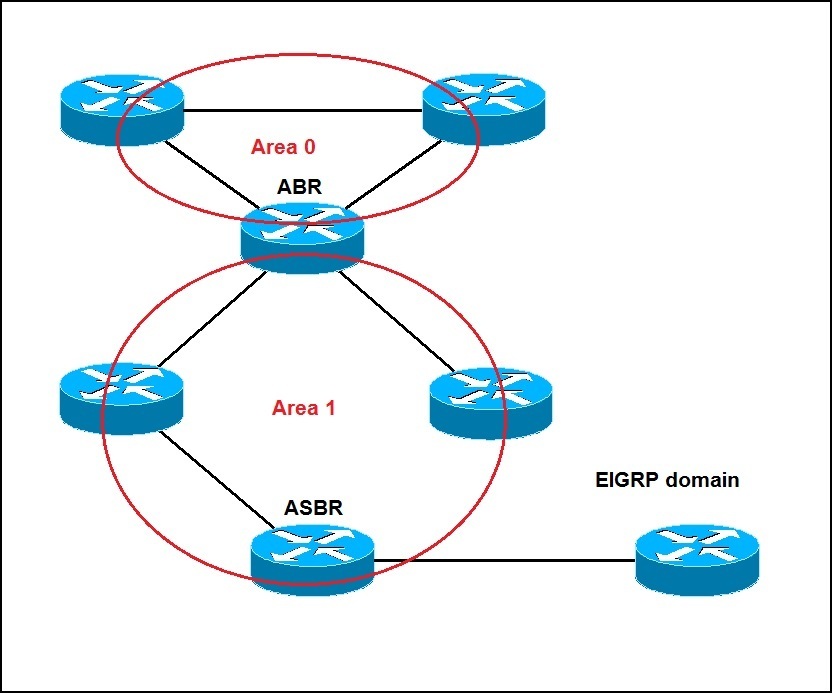 The role of an ABR is to forward routing information from one area to the other. The role of an ASBR is to connect an OSPF routing domain to another external network (e.g. Internet, EIGRP network…).The manual route summarization is possible only on ABRs and ASBRs.