The LSAs (Link-State Advertisements) are used by routers running OSPF to exchange topology information. An LSA contains routing and topology information that describe a part of an OSPF network. Routers exchange LSAs and learn the complete topology of the network until all routers have the exact same topology database.

When two neighbors decide to exchange routes, they send each other a list of all LSAa in their respective topology database. Each router then checks its topology database and sends a Link State Request (LSR) requesting all LSAs not found in its topology table. The other router responds with the Link State Update (LSU) that contains all LSAs requested by the neighbor.

To better understand how LSAs are used in OSPF, consider the following example: 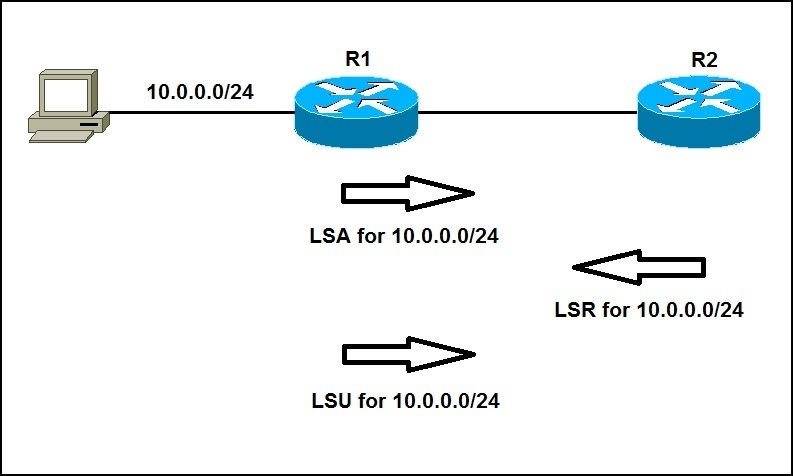 In the example above we have a two routers and a single computer. After configuring OSPF on both routers, routers exchange LSAs to describe their respective topology database. Router R1 sends an LSA header for its directly connected subnet 10.0.0.0/24. Router R2 check its topology database and determines that it doesn’t have information about that network. Router R2 then sends Link State Request message requesting further information about that subnet. Router R1 responds with Link State Update which contains information about subnet 10.0.0.0/24 (such as the next hop address, cost…).