Security levels are used to define how traffic initiated from one interface is allowed to return from another interface. By default, the higher level security interfaces can initiate traffic to a lower level. The stateful inspection determines whether the reply traffic is allowed to make it back through. The following picture illustrates the concept: 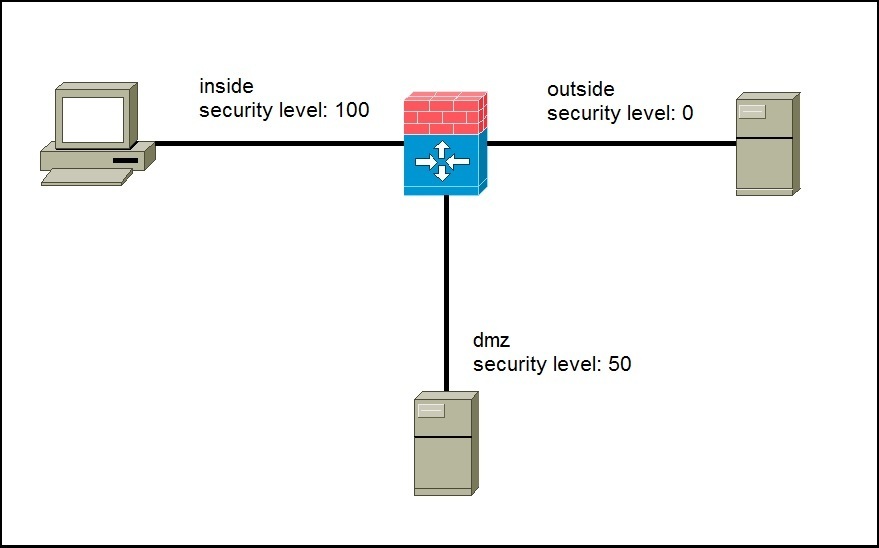 In the picture above we have an example ASA network with three security levels defined:

By default, ASA will stop all initial traffic that is trying to go from lower security levels to higher security levels. This means that, for example, a server on the outside network will not be able to start a converation with the server in our DMZ network or with the host in the inside network. The server in DMZ can initialize traffic out to the outside (from high to low, 50 to 0), but it can not initialize a conversation to the inside (from low to high, 50 trying to go to 100). The host on the inside can initiate traffic to both the DMZ and Internet server. When the server on the outside replies back to the inside host, the ASA will dynamically allow that return traffic.

By default, if two interfaces are both at the exact same security level, the traffic will not be allowed between them.