Here are the main reasons why you should use VLANs in your network:

To understand the benefits of using VLANs in a network, consider the following topology: 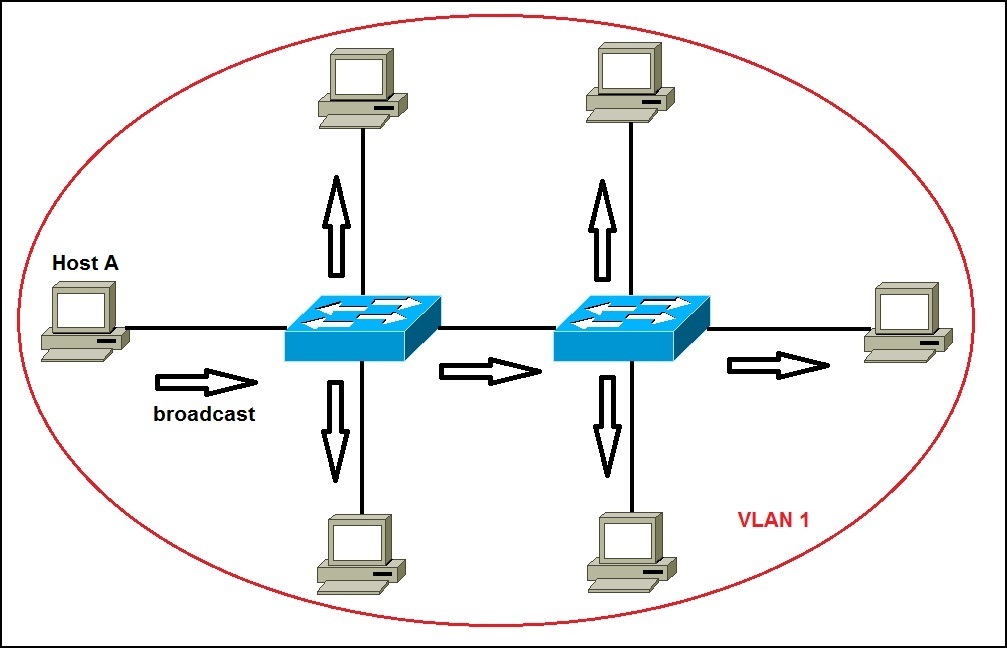 As you can see from the picture above, we have a network of two switches and six hosts. All hosts are in the same VLAN, namely VLAN 1. A broadcast sent from Host A will reach all devices on the network, creating unnecessary traffic and increasing security risk.

We can create VLANs on both switches and place the interfaces accordingly. This will ensure that broadcasts are received only be hosts inside the same VLAN: 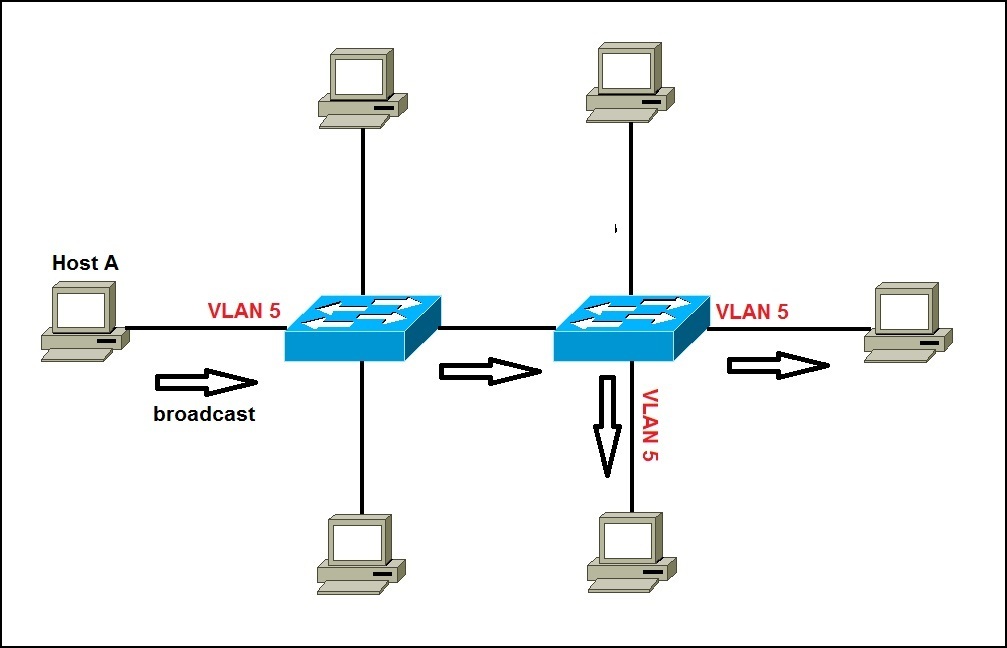 To reach hosts in another VLAN, a router is needed.