The extended ping command is invoked from the privileged exec mode by typing ping and pressing Enter. The following parameters can be modified:

The extended ping command is most often used to change the source IP address of the ping echo packets. Consider the following example: 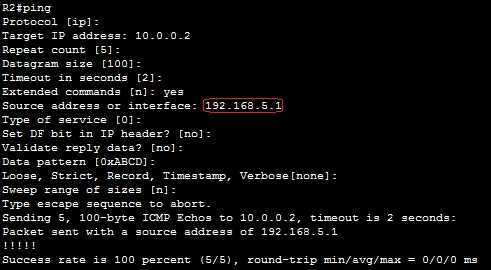 In the picture above you can see that echo replies were received. This means that R1 knows that the packets destined for the 192.168.5.0 should be send out its Fa0/0 interface.