Routing protocols can be divided in two types:

1. Interior Gateway Protocols (IGPs) – routing protocols used to exchange routing information with routers in the same autonomous system (AS). An AS is a single network or a collection of networks under the administrative control of a single organization. For example, the network of a company is probably a single AS, while the network of an ISP is a different AS. All routers inside the same AS share the same routing-table information. Consider the following example: 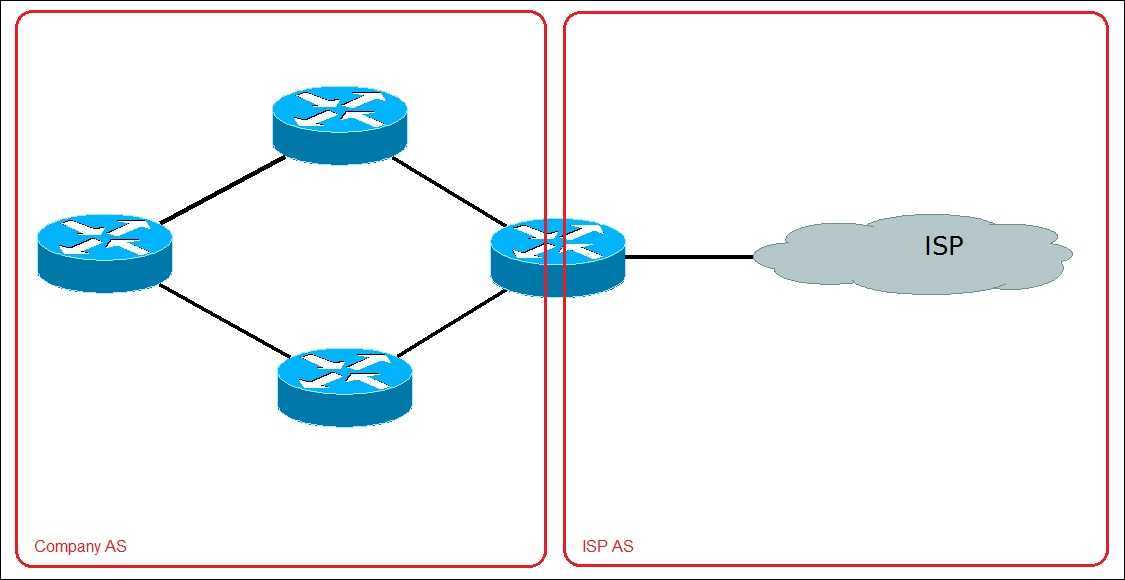 Routers used to be called gateways, hence the word Gateway in the name of the routing protocols types.