Routers examine the destination IP address of a received packet and make routing decisions accordingly. To determine out which interface the packet will be sent, routers use routing tables. A routing table lists all networks for which routes are known. Each router’s routing table is unique and stored in the RAM of the device.

In the example above we have a network of two computers and a router. Host A wants to communicate with Host B. Because hosts are on different subnets, Host A sends its packet to the default gateway (the router). The router receives the packet, examines the destination IP address, and looks up into its routing table to figure out which interface the packet will be sent out. The show ip route command can be used to show the routing table of the router:

This is the entry that will be used to route the packet:

The line above specifies that each packet destined for the 10.0.0.0/8 network will be sent out the Fa0/1 interface. Here is a description of each field:

There methods are used to populate a routing table:

Note that the routing tables are not specific for Cisco devices. Even your Windows operating system has a routing table that can be displayed using the route print command: 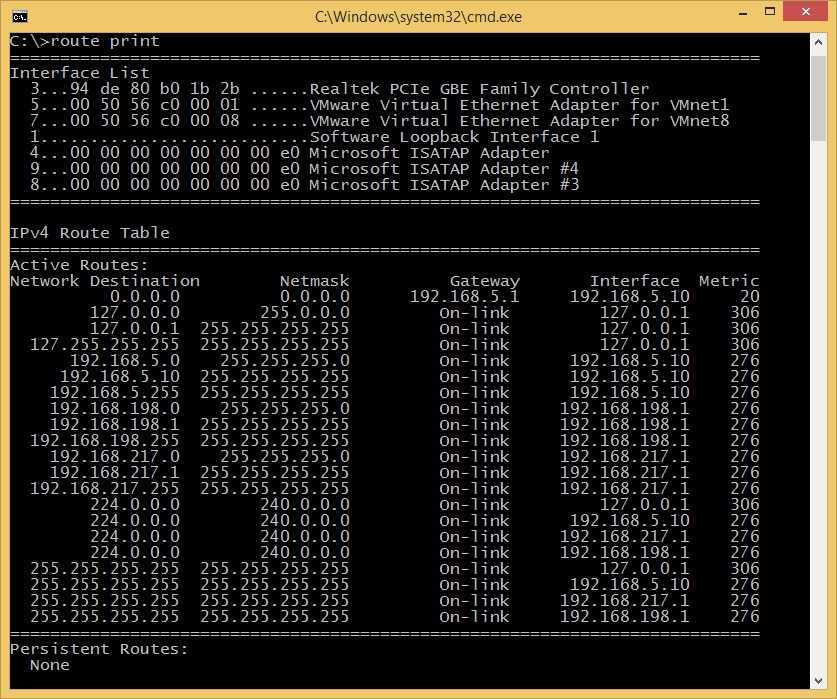