Here is our example network:

As you can see in the picture above, we have a simple network of two routers. Both routers are running OSPF. To enable the MD5 authentication and set up the password of secret, we need to enter the following commands on R1:

The same commands need to be entered on the neighboring router as well. We can verify that R1 is using OSPF MD5 authentication by using the show ip ospf INTERFACE command: 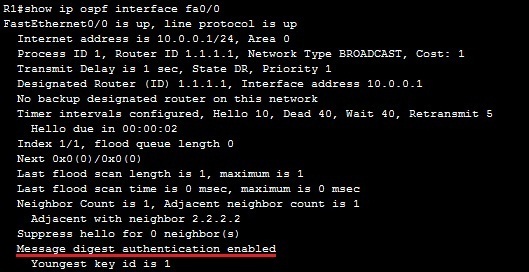