Frame tagging is used to identify the VLAN that the frame belongs to in a network with multiple VLANs. The VLAN ID is placed on the frame when it reaches a switch from an access port, which is a member of a VLAN. That frame can then be forwarded out the trunk link port. Each switch can see what VLAN the frame belongs to and can forward the frame to corresponding VLAN access ports or to another VLAN trunk port.

Before forwarding a tagged frame to an end host, the switch will remove the VLAN ID and the VLAN membership information, since end host devices don’t understand tagging.

Consider the following example to understand the concept of frame tagging: 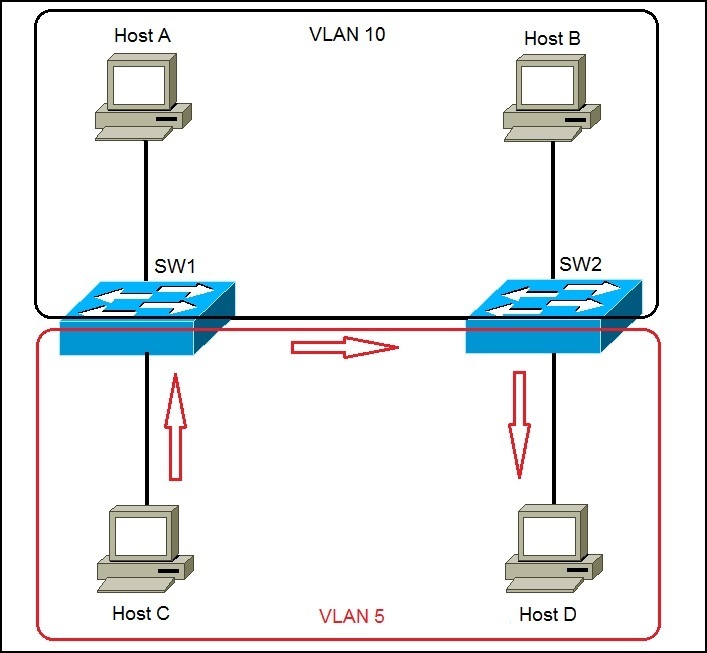