Dynamic Host Configuration Protocol (DHCP) is an application layer protocol used to distribute network configuration parameters, such as IP addresses, subnet masks, default gateways, etc. to hosts on a TCP/IP network. Assigning network parameters using DHCP reduces the amount of work of a network administrator, since there is no need to statically configure parameters on each device.

Here is an overview of the DHCP process: 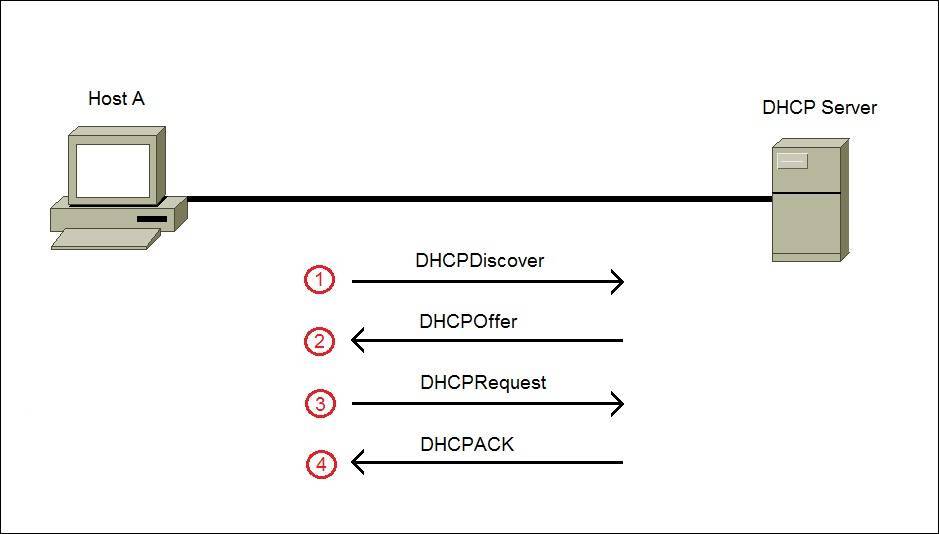 As you can see from the picture above, a DHCP client goes through the four-step process:

1. A DHCP client sends a broadcast packet (DHCPDiscover) to discover DHCP servers on the network.

2. The DHCP server receives the DHCPDiscover packet and respond with a DHCPOffer packet, offering IP addressing information to the DHCP client.

4. The DHCP server approves the lease with a DHCPACK (Acknowledgement) packet. The packet includes the lease duration and other configuration information.