Half-duplex Ethernet networks use an algorithm called Carrier Sense Multiple Access with Collision Detection (CSMA/CD). This algorithm helps devices on the same network segment to decide when to send packets and what to do in case of collisions. CSMA/CD is commonly used in networks with repeaters and hubs because these devices run in the half-duplex mode and all of their ports are in the same collision domain. 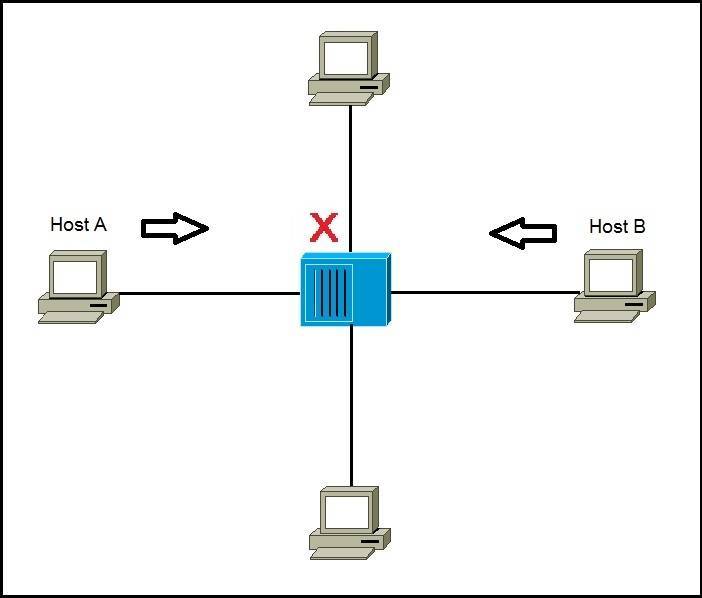 In the picture above we have a network of four hosts connected to a hub. Since hubs work in the half-duplex mode and each port on a hub is in the same collision domain, packet collisions can occur and CSMA/CD is used to prevent and detect them. Host A detects that there are no other signals on the network and decides to send a packet. However, Host B also assumes that no other station is transmitting and sends a packet as well. A collision occurs and it is detected by Host A and Host B. The sending stations send a jamming signal telling all hosts on the segment that a collision occured. After a random period of time, Host A and Host B resend their packets.

Since switches have replaced hubs in most of today’s LANs, CSMA/CD is not often used anymore. Switches work in full-duplex mode and each port on a switch is in a seperate collision domain, so no collisions can occur.