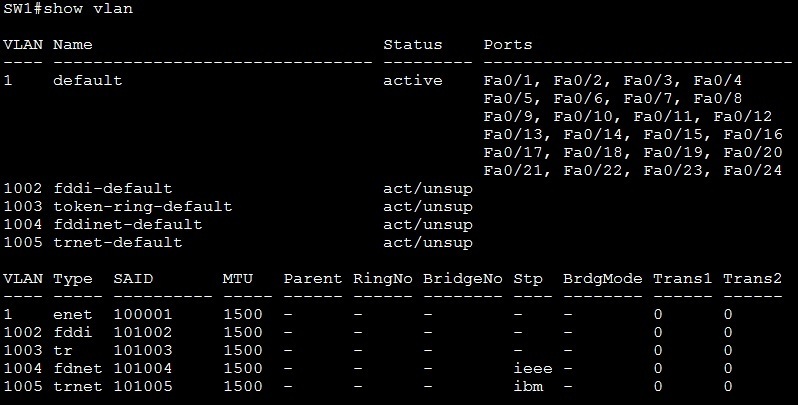 In the picture above you can see that all of the 24 ports on the switch are in the VLAN 1.

After you’ve created a new VLAN, you can configure a port to belong to that VLAN with the switchport access vlan ID interface submode command. It is also recommended to configure the port as an access (non-trunk) port using the switchport mode access command:

In the picture above you can see that the Fa0/5 port on SW1 was configured as an access port and assigned to VLAN 2. To verify this, you can use the show vlan command again: 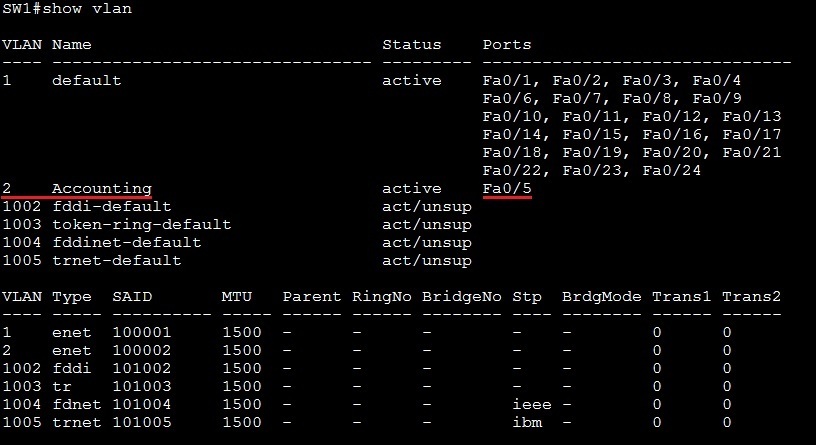