Configure router on a stick

To configure trunking on a router, the following commands are used: 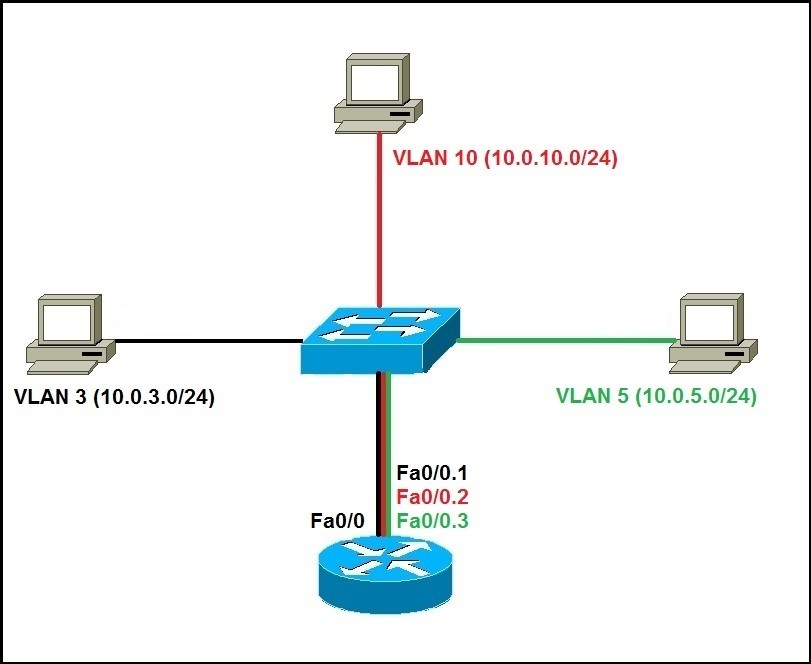 We have a simple network of three hosts, a switch and a router. Each host is in a different VLAN, so we need to divide the physical router’s interface Fa0/0 into logical interfaces, one for each VLAN. But first, here is the switch configuration: 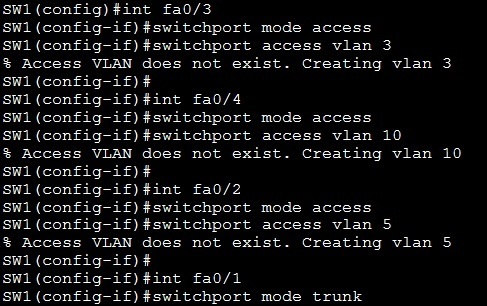 Notice how we’ve configured the Fa0/1 port on a switch (the port connected to the router’s Fa0/0 interface) as a trunk port. Now, let’s configure the router: 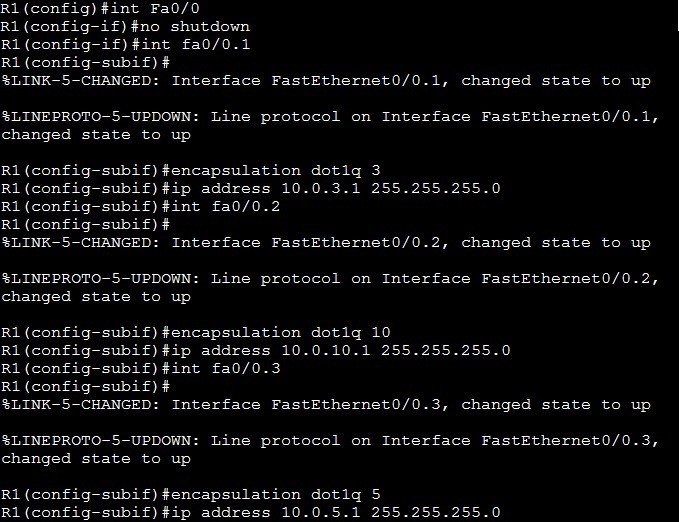 In the picture above you can see that the router’s physical interface Fa0/0 was divided into three subinterfaces that were then configured as trunk interfaces and given the IP addresses.