IP addresses are divided into three types, based on their operational characteristics:

In the picture above you can see that the host wants to communicate with the server. It uses the IP address of the server (192.168.0.150) to do so.

2. multicast IP addresses – used for one-to-many communication. Multicast messages are sent to IP multicast group addresses. Routers forward copies of the packet out to every interface that has hosts subscribed to that group address. Only the hosts that need to receive the message will process the packets. All other hosts on the LAN will disard them. Here is an example: 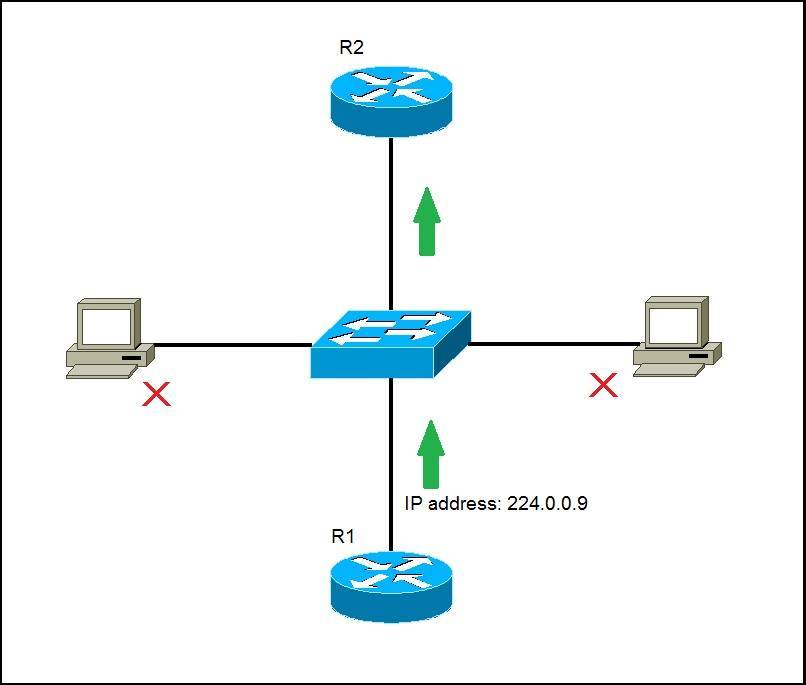 R1 has sent a multicast packet destined for 224.0.0.9. This is an RIPv2 packet, and only routers on the network should read it. R2 will receive the packet and read it. All other hosts on the LAN will discard the packet. 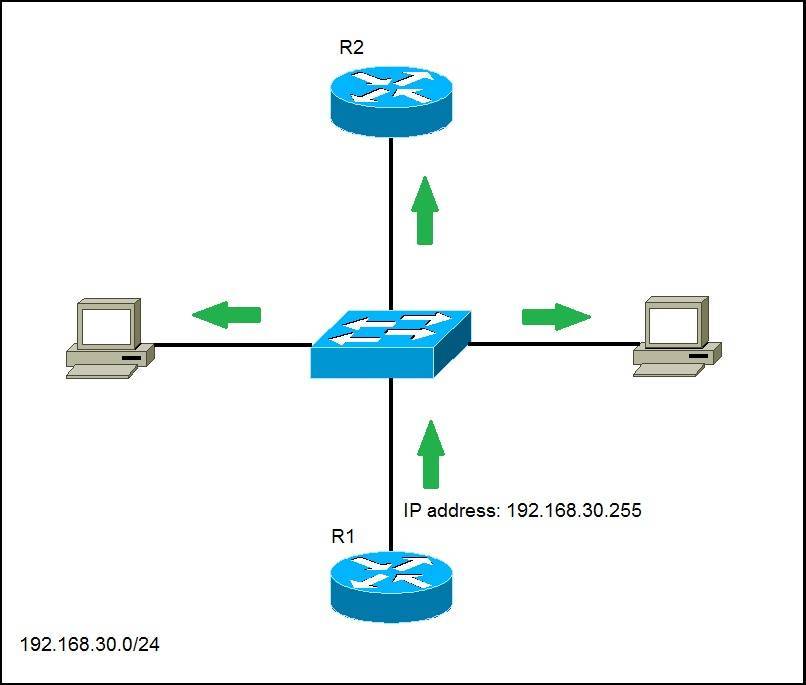 R1 has sent a broadcast packet to the broadcast IP address 192.168.30.255. All hosts in the same broadcast domain will receive and process the packet.