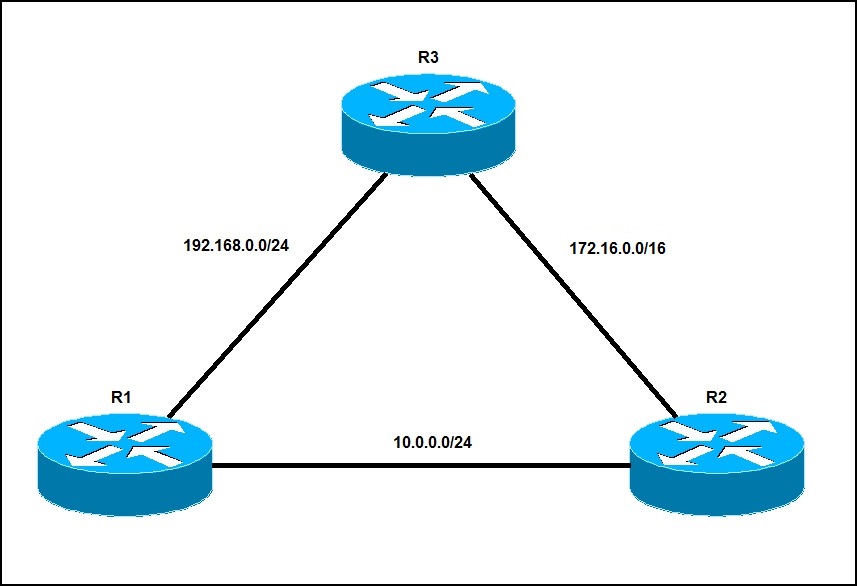 We have a network of three routers, all running EIGRP. The routers have established neighbor relationships and the routes have been exchanged. Let’s display the neighbor table on R1 using the show ip eigrp neighbors command:

You can see that R1 has established two neighbor relationships. The information such as the neighbor’s IP address, the local interface, the holddown timer, are displayed.

We will explain the concept of successor and feasible successor in the next sections. For now, just remember that this table contains all routes learned by EIGRP. Notice how there are two possible routes to the 172.16.0.0/16 network, one via 10.0.0.2 and the other via 192.168.0.2.