Did you know that you can crash most Linux systems using a short command that doesn’t even require root privileges? A command like that is known as a fork bomb and it usually works by creating a function that multiplies itself until all system resources are consumed, which causes the system to crash. So don’t try the command below on your production servers:

For more info about Linux in general, visit our free online course. 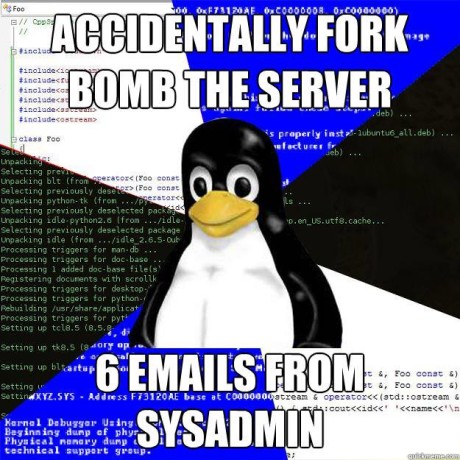